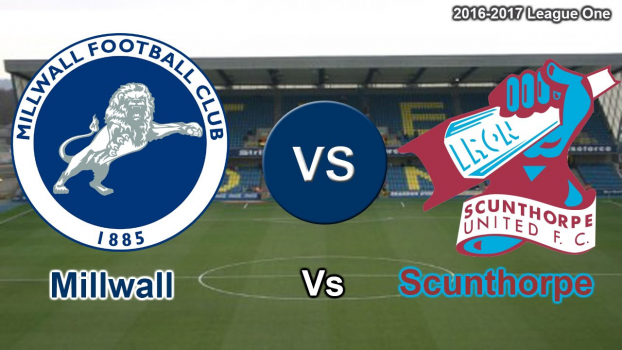 Del Boy and Rodney's favorite club, Millwall will face Scunthorpe United in the League one playoffs, semifinals first leg, and try to provide a decent advantage before the rematch which will be played at

The Lions reached the playoffs in a dramatic manner after ShaunHutcherson scored a game-winning goal in 85th minute of the game against the Bristol Rovers which provided three much-needed points. In the end, they had one more than Southend United who was the first team below the playoff line. Their opponents came for point short to reach the second position and to be promoted directly to the championship, but their morale didn't suffer because of that, as they are in an excellent shape lately.

This club is very strange as they barely reached the playoffs, though you should not be surprised if they eventually win all the games until the end and enter the Championship. Their form is inconsistent, and yet at some parts of the game they are fantastic, and they show performance which would be even respectable for much better teams. In the last 10 games in League 1, Millwall has 4 wins, 4 losses, and two draws. In the past three matches, their game hasn't been so bright, and they conceded 7 goals, If they want to jump over Scunthorpe United they just have to improve that part of the game.

Lately, the Irons are fantastic as they have five straight victories. Although they conceded each time in 3 last games, they always scored one goal more. Overall in the last 10 contests, they have seven wins and three defeats, and they are in much better shape than their opponent. Scunthorpe United was the second most efficient club in the league, but their defense was somewhere around the average.

In the most recent 4 games,

We have to add that the home team was very convincing in that match and after 70 minutes they were leading with three goals difference.

There are no ineligible players in either of these two teams for tonight's game.

Millwall's defense is a critical part of their team. On the other hand, we have a fantastic attack by the Scunthorpe United. Millwall is inconsistent, and you cannot predict their performance, and that imposes a conclusion by which we predict a lot of goals in this match.

Our first advice would be that you bet on both teams to score.

Also, you should try with both teams to score and over 2.5 goals in this match.

For you who like more riskier bets, as always we have a solution, Scunthorpe United over 1.5.

Sensational figures from @RealMAbbas226 as Hampshire bowl out Middlesex for 79 🔥 es.pn/3uVovRL… twitter.com/i/web/status/1…

This weekend sees the return of Major League Soccer as top-class men's football returns to the United States - but… twitter.com/i/web/status/1…

"I thought cross that bridge if I win and now I've won." If anyone knows how to transport a goal, we think… twitter.com/i/web/status/1…

Stumped off a wide! Rizwan falls for a duck in the first over of Pakistan's reply! #SAvPAK 🇿🇦 🇵🇰 📺 Watch on SS Mix… twitter.com/i/web/status/1…