Arsenal are having an impressive season and are just three points off league leaders Chelsea after 14 games.

The Gunners have lost just once this term and are also flying high in the Champions League after topping their group to reach the knock-out stages.

Arsene Wenger's side host Stoke on Saturday (3pm) who themselves have been in fine form, following back-to-back wins over Burnley and Watford. 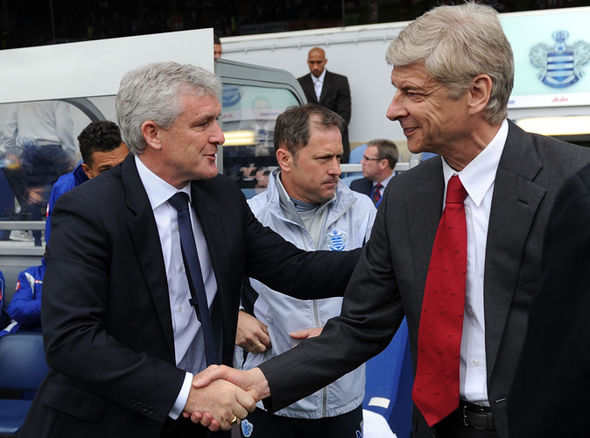 Mark Hughes' Stoke have a poor record against Arsenal

“We are in the best place we could be in,” Hughes said.

“We don’t have a great record there and we would love to change that at the weekend. It will be tough but we are in a good place.

“Arsenal, as a team, look in good shape and whilst we have a lot of confidence, given their form too, it isn’t a good time to play them.

“At times, Arsenal have struggled with consistency, and it has cost them, but you sense this could be their year.

“It’s important for us to give ourselves an opportunity to get something out of the game, we need to stay in the match and frustrate them.”