​Podolski scores a winner for Germany in his farewell game

Germany defeated England 1-0, at Signal Iduna Park, and got even for the last year's defeat in Berlin.

But that was totally in the shadow of brilliant Lucas Podolski who played for his ''Die Mannschaft'' for the last time in his career. He finished his representative career in a magnificent way scoring a beautiful goal from some 25 meters of Joe Hart's goal.

It was 69th minute when Poldi received the ball on from Andreas Schurrle and found himself directly towards the middle of the England's goal. He smashed the ball with his left leg, sending it right to the upper right corner, bringing ecstasy to the German fans and himself too.

It was his 49th goal in 130th appearance for German national team, and we could say that it represented the crown of a very successful career, in which he won the World Cup in 2014 and was the runner-up of the Euro in 2008.

Previously to this England was a better team on the field and the visitors had better chances throughout the match. Adam Lallana hit the post and the Liverpool's player snapped his three-game scoring streak. Dele Alli had an excellent chance when he missed one-on-one chance.

Until Podolski scored, Germany didn't have one single shot on goal, and we could say that England controlled the game. But as always the German mentality prevailed. 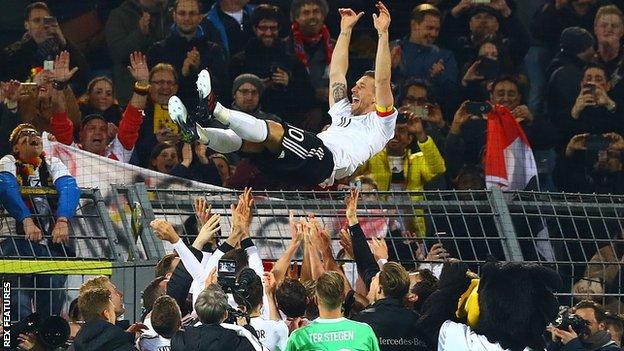 As Garry Lineker once said: ''Football is a simple game. Twenty-two men chase a ball for 90 minutes and at the end, the Germans always win."

After the goal, the home team successfully lowered the pace of the play and preserved the lead until the final whistle.

Garry Cahill told the reporters after the game that England should win this match.

"If you're looking at chances, we had the better ones, simple as that. I thought we played well, especially first half, we controlled the game really well. But they took their chances."

Gareth Southgate spoke about the 3-4-3 formation that he used in this game, saying that it has good qualities and that he and the boys didn't have a lot of time to perfect it.

"We've gone into that formation for the first time," he added. "We've gone in off the back of the lads playing Saturday, Sunday, we've had a cool down and then one day where everyone's been out on the training pitch. It's difficult to play in a new formation and have everyone grasp it straight away. But there's a lot of positives from that." 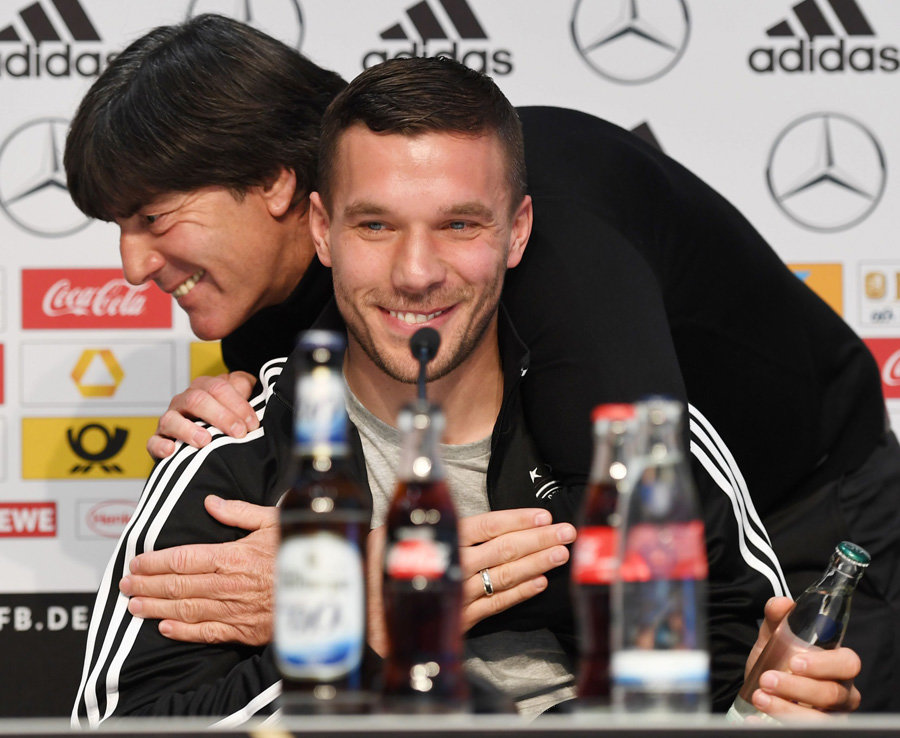 The German coach Joachim Low spoke about Podolski's farewell, after the game, saying that he deserved to score a goal in his last match.

''The goal was a typical Poldi. But special players also deserve a special farewell like this.''

As for the game, he stated that his players were a little nervous in the first half, but added that it was because there were a lot of young players on the pitch, but as the game progressed, everything came to its place.

''We were very nervous in the first half. Some young players were in the composition for the first time on the court and we had only one training before. ''

''The game became better in the second half, more structured, even the young players in the front came into the game better.''

Lucas Podolsky was emotional on the press conference saying that this game was unreal to him. He spoke about his fans from Cologne, and about the excitement that he felt when he heard them.

''We win 1: 0, I do the thing. This is like in the film. '' said Podolski and added, ''At the mood in the stadium you can see which reference the Cologne have to me and vice versa. There were certainly 30,000 Cologne in the stadium. You get goose bumps. ''

The only thing that we from WinPredict can say is ''Good luck Poldi, we are going to miss you''