The Golden State Warriors destroyed the depleted Los Angeles Lakers 149-106 in a game that wasn’t competitive for very long. The Warriors detonated for 80 points in the first half, with Stephen Curry (31 points, 9 assists), Kevin Durant(28 points), Klay Thompson (26 points) and Draymond Green (11 assists, 9 rebounds) treating fans to something that looked more like choreography than basketball. 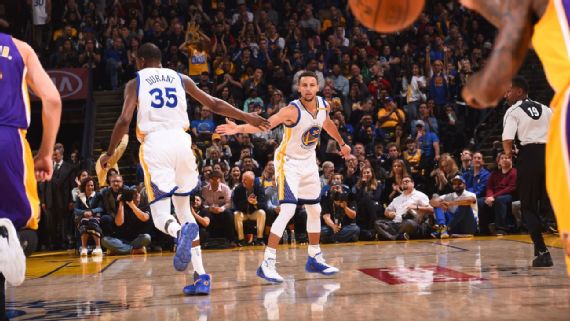 When the Warriors came together, there were fears around the league. Apparently those fears extended all the way to Fifth Avenue, considering NBA commissioner Adam Silver’s response to the formation of Voltron.

“Just to be absolutely clear: I do not think that's ideal from the league standpoint," Silver said.