Serbian tennis star Ana Ivanovic sent fans into meltdown yesterday after posting a cryptic tweet that has fueled rumours about her retirement.

The 29-year-old posted a message to her followers on Twitter that read: "My dear fans & supporters. Pls tune in to my Facebook page tomorrow (Wednesday) at 6pm UK time, where I'll be sharing something important with you live."

There has been a lot of speculation surrounding Ivanovic's future in the sport following a tough year on the court. The former world number one managed to win just 15 matches all year, with her last victory coming in June at the Mallorca Open in Spain. 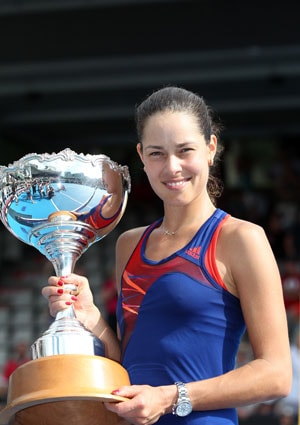 She spent a lot of time on the sidelines with wrist and toe injuries respectively, and last played in August, losing to Denisa Allertova in the opening round of the US Open. Because of her injury-hit year, she slipped to 63rd in the rankings.

However, Ivanovic did vow to return in 2017, and after cutting her season short in the summer, said: "I had to make this difficult decision so that I can fully recover and play injury-free next year.

The star married German footballer Bastian Schweinsteiger a few months ago, and has since been pictured training to get back to full fitness ahead of 2017.

Ivanovic is expected to begin next season at the ASB Classic in Auckland, which starts on January 2. She is also on the entry list for the Australian Open, the first major tournament of the year.

At the age of 29, Ivanovic still has a few years left at the top if she can remain injury free, and after falling down the rankings, she will be eager to prove that she can still challenge the best and return to where she was in 2008.

The Serb has only ever won one major tournament, the French Open, but has reached the final of the Australian Open as well.

However, in 2016, Ivanovic only managed to get to the third round of these two tournaments and was eliminated at the first stage in the US Open and at Wimbledon.